Lake Minnewanka was quite a bit smaller back in 1880. In 1895 a small wooden dam was built, followed by a dam which raised the lake by 12 feet in 1912. Then in 1941, with the authority of the war measures act, the current dam was built, and the Ghost river at the east end of the lake was diverted to help raise the lake by a full 100 feet. The lake shoreline moved west around a half a mile, flooding the townsite of Minnewanka landing and other archeological sites dating back thousands of years.

The over 1/2 Km long earthen dam runs like a huge scar along the West side, the large rocks speaking of its industrial nature. The concrete spillway has sprung a few small leaks, feeding the algae below. The control dam feeding into Two Jack lake tries to hide in the canyon below the lookout. At the base of the dam, a pipe emerges spewing a token amount of water into the old Cascade river bed. Farther down river, the old power plant built in 1923 sits like a ghost among the trees.

Yes, it did provide Banff with power and create the best fishing in Banff. And it even provided curious scuba divers with some history to discover. But not without cost. 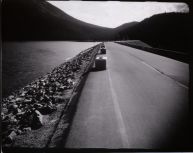 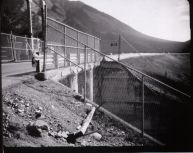 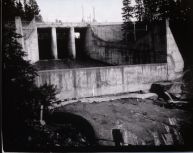 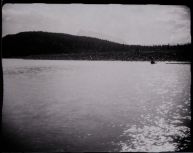 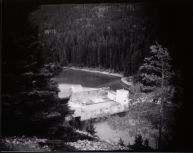 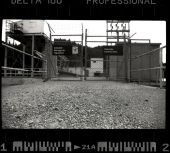 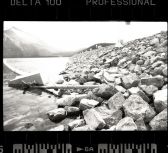 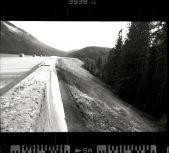 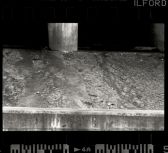 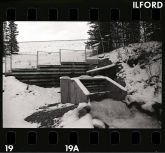 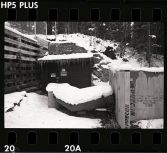 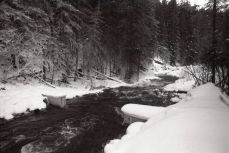 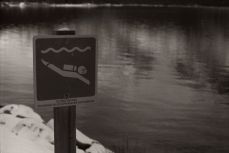 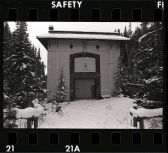 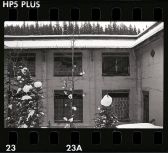 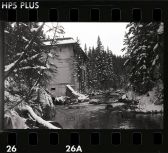 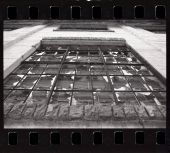 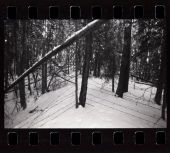 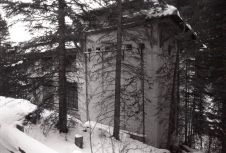 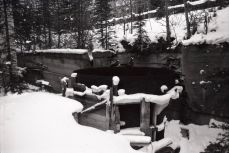 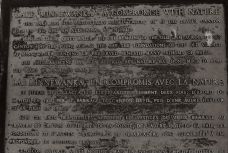 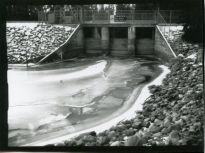 A sign overlooking Lake Minnewanka states: "LAKE MINNEWANKA - A COMPROMISE WITH NATURE This lake has been artificially raised twice; 16' by the devil's canyon dam in 1912 and an additional 65' in 1941. Beneath these quiet waters lie the remains of the old dam across devil's canyon: off the point across the bay the foundations of the old village at Minnewanka landing lie preserved beneath many fathoms of water. The natural scene has been altered but nature has done much to heal the scars wrought by man."