The Cascade Canal and Comstocks

In order to make maximum use of the 220 billion litres of water stored in Lake Minnewanka, a canal was built to carry the water to a point where it could fall over 100 meters to the power station below. A small dam at the end of the canal funnels the water into two comstocks which eventually wind up under ground. A surge tower stands sentinel just before the final drop, protecting the comstocks from bursting when the water is shut off. This was all built in 1942, to feed man's increasing thirst for electric power.

Society would not be what it is without electricity. In fact you wouldn't be at this site without it. But it's worth reflecting on the cost of generating power, and pondering its impact on places like Banff. 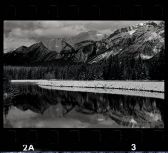 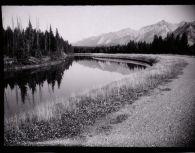 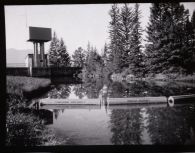 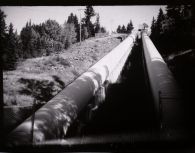 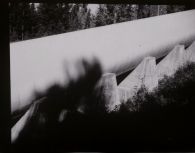 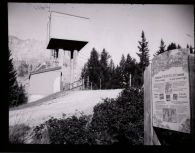 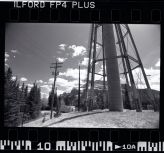 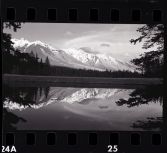 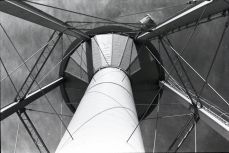 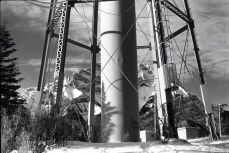 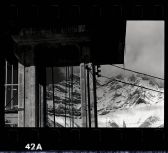 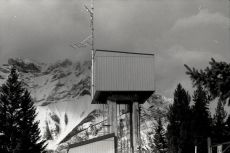 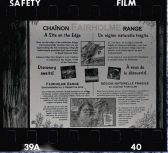 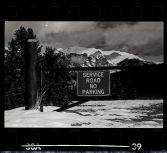 A sign is planted at the dam which attempts to convince you that there is still undisturbed nature nearby: "Here on the edge of the Fairholme Range Environmentally Sensitive Site you are approaching the last remaining refuge of undeveloped grassland and mixed forest in Banff National Park. Johnson Lake, just ahead, is your window to experience the unique world of the Fairholme. Discovery awaits!" Further down the sign, a conflicting message stands out: "By choosing not to enter the Environmentally Sensitive Site you are contributing to the health of this undisturbed wild place, the cornerstone of a rich mountain ecosystem." These opposing goals demonstrate the tightrope that a national park like Banff is walking.