Man likes building dams. They turn running water into serene pools which are nice to picnic around. In previous years, the pools dried up at the end of the season and filled anew with the spring run off. The last couple of years has seen water run year 'round. Perhaps they are directing more water down the Cascade river basin from Lake Minnewanka in order to restore the semblance of a river that used to be. The Cascade canal and power generating station has normally taken the bulk of water from the lake, but maybe change is in the air.

Last year, heavy equipment was working in the channel downstream of the pools, where the water gets directed under the Trans Canada highway, then under the Legacy Trail through some culverts. It's here where the realization sets in that the current Cascade "river" is an engineered version of its former self. Things like highways and culverts make engineered waterways necessary. And although this is the way it is now, it makes one wonder how grand is was. 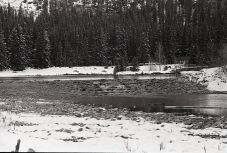 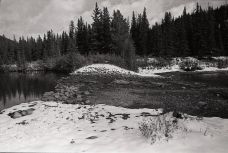 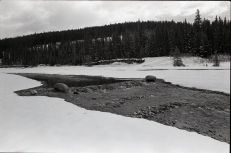 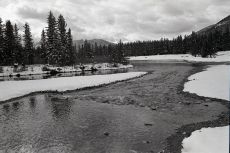 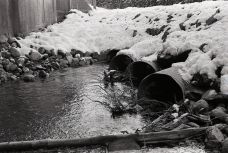 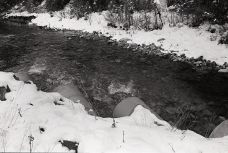 If you create a nice picnic area, you need a parking lot to go with it